INVESTING IN YOUR GROWTH MOMENTUM

YOU HAVE A PASSION FOR YOUR BUSINESS. SO DO WE.

Axial Capital is an investment house & corporate adviser for ambitious businesses with a proven revenue model and a strategy for growth. We typically support revenue-positive startups from early stage through to Series B and IPO, as well as advising on more complex corporate actions including M&A up to mid-market enterprise level.

Based in London we act as corporate brokers for structured finance and private equity, and we lead on investment rounds drawing funds from private and public capital markets, with access to growth-stage and main-board stock exchanges in London, North America and Australia.

Our expertise in M&A and corporate advisory means we are able to execute fully financed and sometimes complex transactions, drawing on the expertise of our team and our associate network of industry professionals. You’re the specialist in your industry, we’re the specialists in investment and corporate strategy. From your next scale-up funding round, through to public markets access and exposure, we have the investment capabilities and the associates to support your transactional needs. 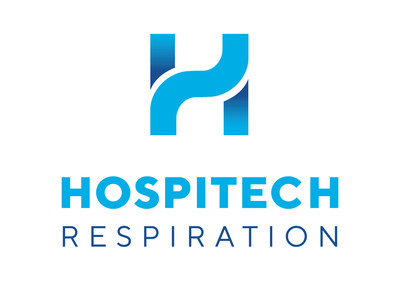 Axial led the funding advisory for Hospitech’s assessment of an ASX public listing. 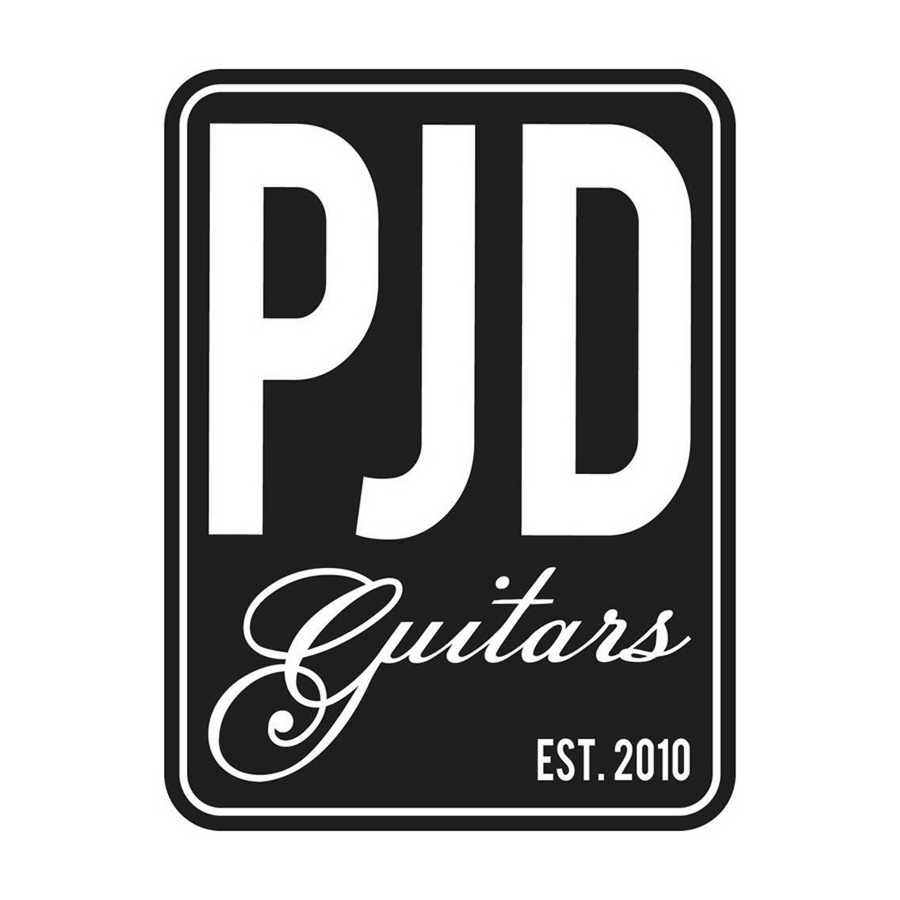 The British guitar brand PJD was financed and restructured to expand their nation-wide manufacturing capabilities.

Axial led the equity and wholesale financing round to launch the Free2 equity release lending platform. 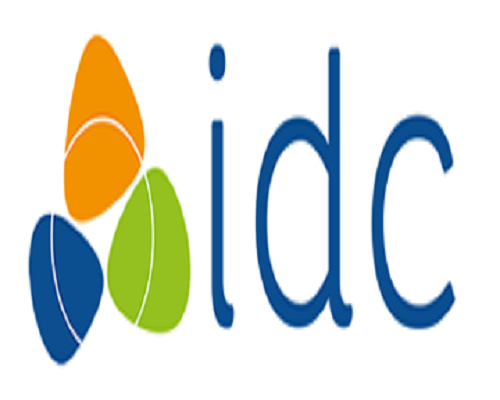 Advised on and participated in stock exchange listing, including pre-listing institutional investment at the full subscription level. 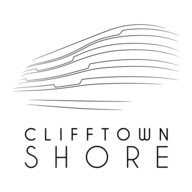 A £125m mixed use development including 51 luxury apartments. We led on a 2-tier investment round for Clifftown Shore via a bridge-to-convertible financing.

You found us because you’ve proven your revenue model and your company is scaling, and that growth requires investment to fund ongoing cash burn or acquisition-led growth. Depending on the sector, and factors such as the IP and revenue profile of the company, we will consider both equity and venture debt placements, and for established scaleup companies it could be time to access the benefits of cross-border and public capital markets - an area we have many years of experience.

For more established corporates planning expansion through buyouts or shareholder restructuring, or if you're facing complex corporate situations, our M&A experience and expertise in negotiation and deal structuring can enhance your team's efforts in achieving the best outcome.

Your team, your traction and your talent should demonstrate the ability to expand your business within your key markets, using investment to accelerate performance and generate returns to stakeholders.

Across sectors as diverse as MedTech, AgriTech, eCommerce and more, it's your experience and your achievements in getting your business to market that attracts our attention. And it's your ambition to take the business to new heights that will get us on board.

Rhodri is the founder and CEO of Axial Capital, having established the firm in London more than a decade ago following a career in the financial services and corporate sectors. With qualifications and experience in private equity & banking in the UK and US, he leads the investment, advisory, restructuring and M&A activities at Axial with a focus on businesses that demonstrate significant growth potential. That passion for business is tempered by a regular game of tennis, plenty of time in the kitchen, and as much time on the ski hill as can be negotiated.

Our Latest News And Posts

Taking a look at three of the direct investments we’ve made at Axial, they offer very different solutions to entirely different markets – but where they show similarities is in their ability to scale. By adopting a tech-enabled delivery model each of these businesses runs a fluid user experience that drastically lowers barriers to rapid and far reaching expansion. That’s something we like, and is fundamental to our investment rationale.

If we take a look at each of those three companies we can begin to see how it’s increasingly possible to create a scalable delivery model in almost any industry.

RXLive is a MedTech in the digital pharmacy sector, and our investment into the company was part of enhancing its automation capabilities as the company rode the growth curve. Whilst automating operations is typically a good step toward improving efficiency, it doesn’t in itself facilitate scalability – and it was the underpinning architecture that the founder created at the very beginning that has allowed the business to scale so rapidly.

Creating a business model around a national digital pharmacy license was the primary platform, operationally speaking, that brought down borders for RXLive. Implementing a great UX and logistics function was fundamental to truly leveraging that ‘borderless’ business model, but it was the fore-thought that the founder had in implementing a primarily non-physical methodology for serving clients that opened his store-front to a customer base in the millions.

Outside of the UK, our investment in the blockchain based gun licensing platform ARMM was grounded on a similar ethos of putting the objective of increased safety directly into the hands of an entire nation – not just those people within physical reach of the company’s offices. For transparency and accountability of gun ownership to have significant impact, the user base must be as extensive as possible. And when it’s something as important as gun safety the mechanism for capturing and managing the details of firearm ownership must be as infallible as possible – and this is where deploying record keeping functionality over the blockchain can give all users instant and equivalent access to ARMM’s gun license ledger no matter which state or city they live in. Putting this broad thinking into action allowed ARRM to successfully IPO in the US this year.

Aspiring musicians have trailblazed a shift to digital, and even virtual spheres, across much of the sector in the recent decade. We invested into Shodement when their service offering was predominantly a centralised curation and PR solution for artists from anywhere in the world where those artists lacked the capital and capability to coordinate these functions. That founding ethos has allowed Shodement to bring together artists from multiple continents, and more recently to underpin their core offering with a fintech-for-artists service in order to release royalty payments to even the most fledgling artists. This is a huge shift in the music ecosystem when those royalties would otherwise be locked up in the corporate mechanics that tend not to favour small, independent artists. Again, it’s the accessible, digital delivery model that the founder employed from the outset that has allowed the business to reach audiences as far as Latin America and Africa

Ultimately it’s less about the sector when we look at the viability of an investment proposition, and it’s more about putting innovation and accessibility into action in whichever industry you’ve chosen to make a difference.

The rise and rise of late stage scaleups

Just into the second quarter of the year and 2022 is already shaping up to be broadly a high performing year in terms of investment into growth companies. To put a spotlight on this article, it’s the emergence of the European scale-up ecosystem that has caught our attention.

Prior to 2021, a smaller proportion of Europe’s venture investment went to late-stage growth rounds. In 2021 a shift began to take place, with more significant amounts allocated to late-stage funding. Funding for those companies came from equity-led investment firms in the private capital markets and from a number of small-cap public listings where those scaleups could get access to public markets liquidity.

Let’s look at the numbers. Quarterly funding in Europe in 2020 ranged between USD$10 billion and $13 billion in each quarter. This trended upward through 2021 when it totalled $24.6 billion in the first quarter alone. 2022 is set to dwarf those numbers with venture investment already up by 21% on an annualised basis. Through our client portfolio alone we have seen offers of co-investment into companies in the EV, battery-tech, medical, and SAAS sectors to give a combined post-money value of more than $300m in private and public capital markets.

The six countries that led in scaleup funding over last quarter are the UK at the forefront with France, Germany, the Netherlands, Switzerland and Spain also showcasing support for stellar growth companies.

At a global level capital flows into VC backed companies in fact fell in the first quarter, but in Europe the picture was quite different with scale-ups receiving more investment on both an annual and quarter-over-quarter basis.  Europe is a growing venture market with an increasing number of high-performing scaleup companies, and clearly those businesses that prove their revenue model and their market fit are attracting the bulk of funding in 2022. The message is clear, where there’s traction money will follow.

Investment commitments continue to chalk up numbers as 2022 fires up.

With both private equity and public capital markets continuing to give access to new capital this year, we are pleased to have been appointed to advise on a London battery-tech IPO, and concurrently concluded on financial commitments into UK real estate. Our domestic and cross-border investment focus for scaleups provides increased liquidity to founders and this Q1 update highlights how supportive the markets are across ever-broad sectors:

Venture building with the small-cap network

Axial Capital recently attended the London Small-Cap virtual conference looking at the benefits enjoyed by scaleups and VC-backed startups when accessing liquidity in the capital markets. With our investment model having a focus on companies in the £1m-10m space across the UK and EU, we were pleased to hear other conference participants across both private finance and equity capital markets tell us they see the same clear horizon for placing further liquidity into growth companies – both public and private.

Equally positive is the conversations we have had in recent weeks on UK/Italy investment in particular, for placing capital into Italian growth-companies, and capturing investment from that market at the same time. This also extends to the public markets, and as we continue to lead on the dual listing of a cross-border resources technology company with a US HQ, engagement with the London-Italy investment base has played a unique part in how we complete this round of financing.

This positive experience is in part due to the flow of impressive startups out of Italy, which we continue to engage with for investment and access to equity capital markets. From CyberSecurity to FoodTech the innovation and energy emanating from across the region is brilliant, with a number of these companies set to be rising stars of 2022.

Read More
Get in Touch
Looking for a way to drive Growth?
Let's Talk →